We apply our specification expertise, experience and service to help our clients succeed in the construction marketplace.

Experts you can rely on.

All of ATS' services are provided to the user free of charge, with our services being sponsored by many of the leading manufacturers of the construction industry.

Our systems and services allow users to build customized specifications unique to their particular application with the support and assistance of the ATS Team. 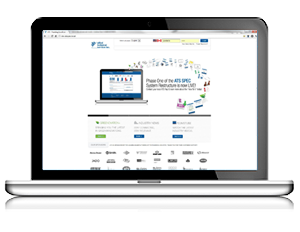 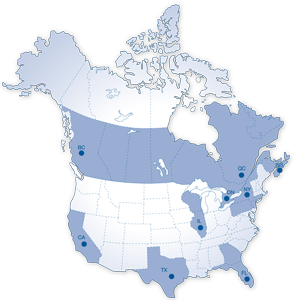 After having worked in the Mechanical Consulting Engineering business for a number of years, Lou Petro formed ATS in 1969 in Toronto, Ontario, Canada; providing Technical Specification Information to all Designers.

Over the next 15 years, ATS slowly expanded its coverage area to span all of the Greater Toronto Area, with further expansion naturally occurring as Designers using the Spec Service moved outside of Toronto. Expansion was facilitated and made possible due to technological advances, such as the proliferation of the fax machine. By the mid-1980's, ATS' coverage extended to most of southern Ontario.

Further ex pansion occurred throughout the 1990's and today, with the use of computers, e-mail and the Internet, ATS has a coverage area consisting of the major metropolitan centres in Canada and the United States.

ATS SPEC - TOOLS REQUESTED BY, AND BUILT FOR THE SPECIFICATION COMMUNITY.

Our personnel of expert team members located across North America work together to offer seamless specification services to Designers.

ATS considers its business to be, first and foremost, about our clients, and we are deeply committed to providing them with exceptional service.

We are recognized for our construction specification expertise and experience, which we apply to help our clients succeed. We have a strong work ethic and will do all that we can to assist our clients complete their projects in a timely and efficient manner.

As always, we would be pleased to assist you, and answer any questions you may have concerning any of our FREE spec writing tools and services. Whether it is spec or tech related, we invite you to contact us! 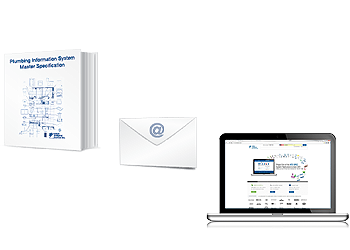 The ATS Spec website is a comprehensive online system which enables the user to build a complete and accurate specifications. The ATS Spec System provides guidance to the user by only allowing the combination of compatible fixtures, fittings, plumbing equipment, architectural specialties, interior finishes, and exterior cladding. Furthermore, the system provides suggestions to the user based on intended manufacturer usage of products.

The ATS Spec system does not allow you to choose the incompatible products when building a fixture group (eg: No 4" CC fittings on CHO Basin, no carriers on a Floor mounted toilet, etc.) 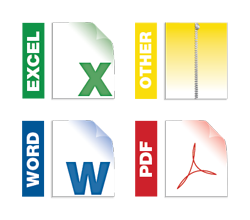 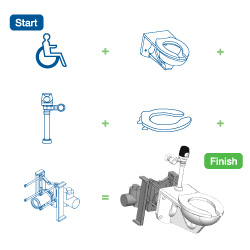 Specification packages built on ATS Spec are automatically updated. Users are notified of any product changes on their account.

Lightweight AutoCAD® blocks and combined 3D BIM nested families are available for projects built on ATS Spec. Detailed BIM models are created upon request for any of our Sponsors' products that are currently unavailable on our systems. 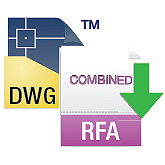 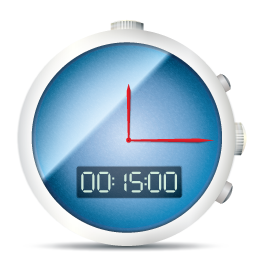 Create a new project using up-to-date, pre-packaged ATS Building Templates specific to your building type in minutes or build a specification from scratch in a matter of minutes!

ATS SPEC - TOOLS REQUESTED BY, AND BUILT FOR THE SPECIFICATION COMMUNITY

Build complete, customized and accurate specifications with ATS Spec in minutes. Now with even more specification options, information, and content! Log onto the only online tool that connects your project requirements with products from the leading manufacturers of the construction industry. Conveniently review product details using the ATS Spec Website and build a customized and accurate specification package in minutes. Packages are complete with images, written specs, 3D BIM families, budget pricing, and much more.

ATS is the largest source for 3D BIM plumbing fixtures and accessories, to mechanical equipment and drainage specialties, as well as architectural specialty products. Anywhere.

Conveniently review product details using the ATS Spec Website and build a customized and accurate specification package in minutes. This package can include drawings, written specs, design details, budget pricing, 3D BIM Models and much more! ATS' convenient "one-stop-shop" provides engineers, architects and interior designers with tools to help save time for what you love!

Try our complimentary Email Spec Service and receive professional assistance from our expert Spec Writers. Have customized architectural specialty and plumbing packages delivered right to your inbox! Get started by uploading your project details to ATS’ Email Spec Form.

Have a custom BIM request? Contact our dedicated team of BIM Specialists today to build the custom BIM content you require for your next project - at no charge. 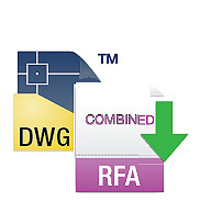 THE NEXT BIM THING.

As with all of our spec services, all combined BIM families on atsspec.net can be downloaded at NO-COST, NO-CATCH. Our combined nested Revit families contain all fixtures, fittings, components and connections required, zipped together for download and ready to be dropped right into your BIM model. For example, a toilet will be nested with the appropriate seat, carrier and flush valve to generate one combination Revit file. This ground breaking advancement will make projects involving BIM a little easier and, just as BIM intended, will improve workflow.

Browse and download from over 8,000 BIM combinations, with new combinations added daily! Our combined nested 3D BIM families contain all the components and connections required to be conveniently downloaded and dropped right into your BIM model. 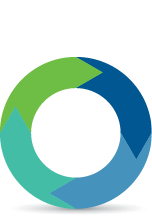 BIM is essentially a detailed digital simulation that provides graphical and non-graphical information of a building's entire life cycle, promoting new levels of coordination and collaboration between stakeholders, which was never before possible.

ATS' BIM files are created from scratch in order to minimize lines and unnecessary detail, while maintaining manufacturer family integrity. The result - smaller files that are highly usable, and editable.

ATS flexes all files prior to posting, to ensure that they work appropriately when inserted into projects. This process enables our files to work better with other families/files. Our models are flexed for geometry daily to ensure consistency and increase functionality.